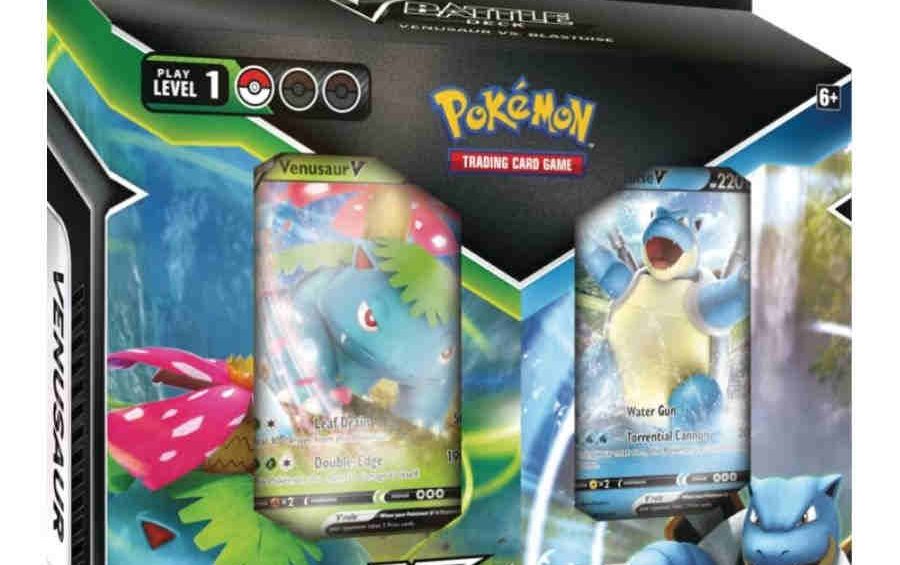 On February 5, 2020, Pokemon releases Venusaur & Blastoise V Battle Decks and V Battle Deck Bundle. The V Battle Decks may be a hidden gem for collectors placed among titans such as Champion’s Path, Hidden Fates, and Shining Fates because the product includes a “Play Level” gauge on the top left corner of each deck. In this case, the Venusaur & Blastoise V Battle Decks state “Level 1” of three levels. Previously, during the Wizards of the Coast Era, Pokemon TCG included a Beginner, Intermediate, and Expert level gauge on products. In more recent times, however, Pokemon has excluded the mark from packaging.

The Venusaur & Blastoise V Battle Decks come with sixty (60) cards each end feature either Blastoise V or Venusaur V. For collectors, we strongly recommend purchasing these by the Display Case. Players, however, may elect the Venusaur & Blastoise Battle Deck bundle that includes both sixty (60) card deck in one bundle. This bundle is a great buy and helpful move by Pokemon because customers are often frustrated and confused when multiple theme decks are released simultaneously.

We are currently selling both single decks and the bundle individually and by the case.  Release date is scheduled for February 5, 2020, but we encourage securing preorders now as this will be in high demand with collectors.